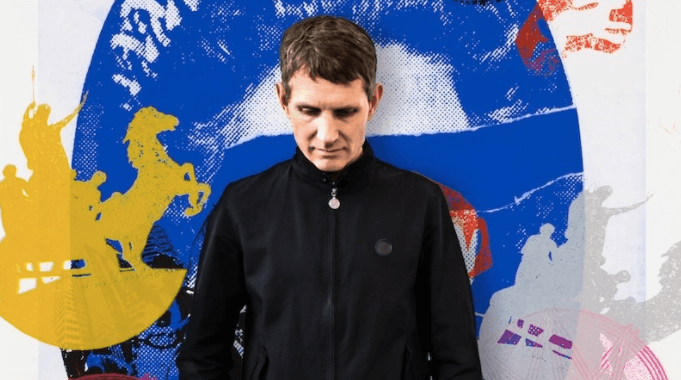 Book Artist
Ralph Lawson is best known for his long running residency at Back To Basics club in Leeds, where he played the very first record in November 1991. Lawson has helped the club win 5 major industry awards so far (DMC, Muzik, DJ Magazine) for Best Club and has been personally nominated for Best Breakthrough, Best DJ and Lifetime contribution by DJ Magazine.
Lawson learnt his trade as a true resident DJ, playing every week at back to basics. He became known for playing long sets alongside the best electronic music artists in the world. These included Daft Punk, Danny Tenaglia, Francois K, Derrick Carter, Masters at Work, Derrick May, DJ Harvey, Chez Damier, Stacey Pullen and many others.

Ralph’s reputation spread from his Basics residency with guest appearances at the legendary Hacienda, Sub Club, Flying, Full Circle, Venus and Shindig as well as early excursions around Europe. Ralph become one of the first UK DJs with a residency in Barcelona at The Moog club and began playing in Ibiza at Ku, Space and Amnesia from the mid nineties. Touring started to extend across the world into Australia, Argentina and Japan. The USA became a firm favourite with shows at Red Dog and Smart Bar in Chicago, The End Up in San Francisco and The Sound Factory Bar, Limelight, Tunnel, Cielo and Studio B in New York. In NYC Lawson was invited to open for Danny Tenaglia at his ‘Be Yourself’ parties and even ended up producing music for the ‘De La Guarda’ show on Broadway.

Lawson founded 20/20 Vision Recordings in 1994, which has gone on to become a highly influential and pioneering record label. Alongside long-term production partner Carl Finlow, the pair produced a series of respected releases including the classic ‘Raptures of The Deep’. 20/20 productions forged ahead with remixes for David Bowie, Fat Boy Slim, Arthur Baker, Josh Wink, Felix Da Housecat and many more followed. But it was remix work for New York artists Blaze that really put 20/20 Vision on the map, most notably ‘Lovelee Dae’, ‘Funky People’ and ‘Wishing You Were Here’. Lawson also produced alongside Chez Damier as Chuggles on Prescription Underground and further projects included work for Soma, Pagan and Get Physical.

In 2003 Lawson co-founded the 2020Soundsystem, which pioneered new ways DJs could play with musicians live. The band successfully toured the world for over a decade and released two studio albums ‘No Order’ and ‘Falling’ and ‘Live at Sonar.’  While continuing the project, Lawson mixed Fabric 33 for the famous London club after being a regular guest since the club’s inception. The album cemented Lawson’s reputation as a DJ away from his work with 2020Soundsystem.

In 2012 Lawson returned to being purely a DJ and creates a new production outlet called Lost in Time. After playing at Burning Man festival he was invited to headline Robot Heart in New York City. The next year Lawson realised one of his career ambitions of playing for Circo Loco at DC10 in Ibiza and continued the relationship the following year playing on the hallowed terrace.  Another long running project for Lawson is his weekly radio show for Ibiza Sonica, which has since been syndicated to Pioneer DJ Radio and Radio Sensations in France.   Lost in Time continues to develop as an imprint and artist project, the single ‘Hold Over Me’ being picked up by Art Department’s No19 record label with a forthcoming ‘Lost in Time’ album. A truly timeless project, created by a DJ who has lasted the tests of time.
Book Artist
Follow
Share