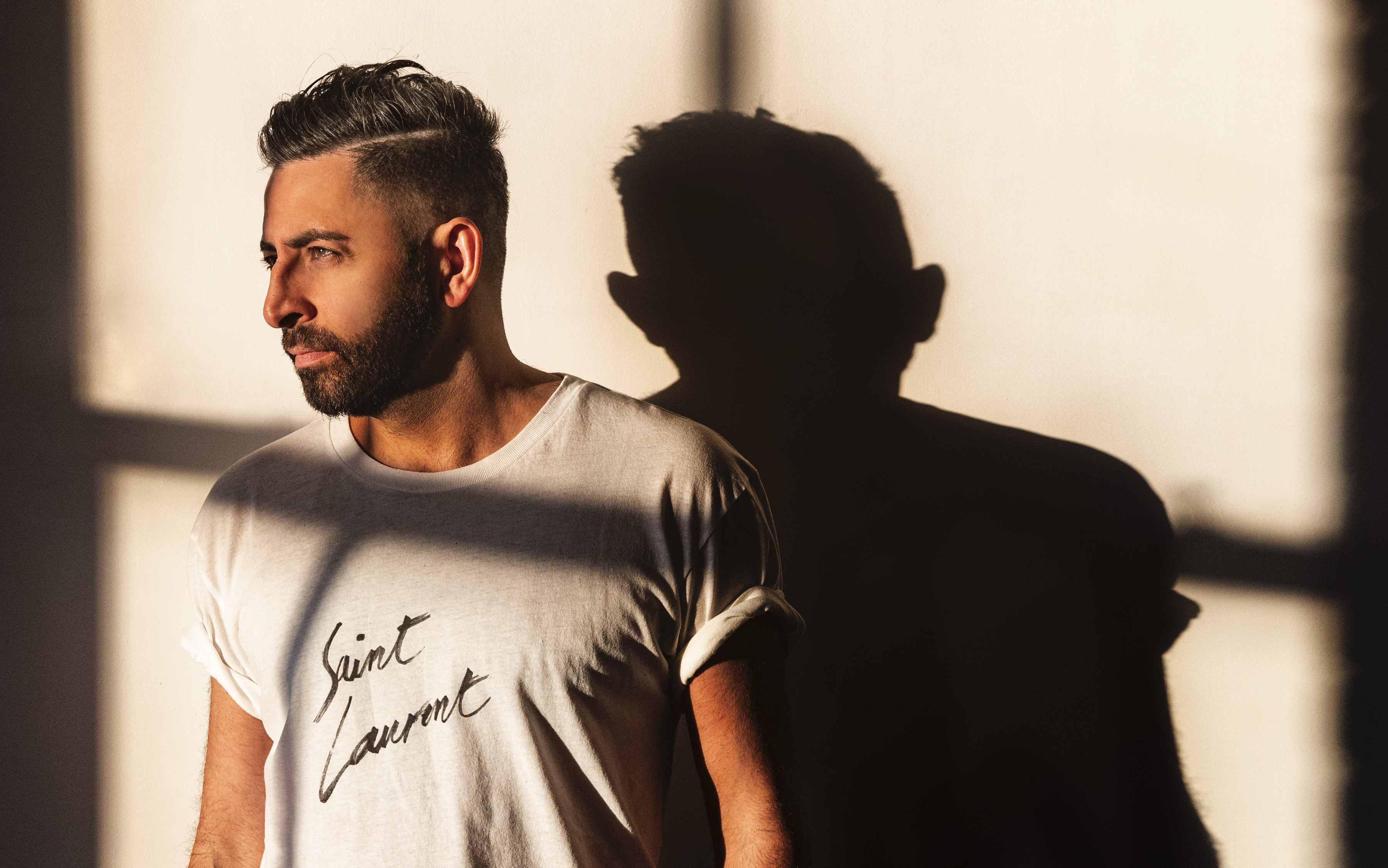 Book Artist
Driven by an unwavering passion for music, Darius Syrossian has dedicated his life to collecting and sharing the highest quality house and techno records. Unpretentious and hard working with a wealth of experience dating back to the early nineties, Darius’ knowledge and dexterity allows him to transcend generations cultivating an electrifying atmosphere on the dancefloor everywhere he plays. As a selector, producer, label curator and radio host his genuine love for good music in all its forms shines through. His enthusiasm is limitless, matched only by his determination to keep the true spirit of club culture alive. An electronic music aficionado, Darius Syrossian stands in a class of his own, staunchly refusing to follow trends, carving out his own path and bringing along a diverse, devoted army of ravers with him…

Ever since his first experience of electronic music at York Racecourse in 1992, Darius has been a diehard member of the club community. In his formative years he spent 14 years working in record shops - Global Beat Records followed by world-famous Leeds outlet Crash Records. Through his work at both shops he acquired extensive knowledge of house and techno, refining his own tastes in the process. Of course, parallel to his jobs at the record shops, he was DJing and learning to produce. This key stage in his life formed the foundation of everything he stands for now: the timeless, universal power of good quality music, unity on the dancefloor and a total disregard for trends and fads.

In the years that followed Darius has established himself as a UK hall of fame act. His DJ residency at Tribal Sessions in Manchester is the stuff of legend, holding court at Sankeys pretty much every week in the early 2010’s, cutting his chops with Jeff Mills, Derrick May, Felix Da Housecat, Dave Clarke, Joey Beltram, Danny Tenaglia, Mr G and Francois K were just a sample of the great and good that joined him at the disused soap factory, which became one of the world’s most well known nightclubs. In tandem, Darius kicked off his international career by touring as the regular opener for Steve Lawler, touching down all over the world to play side-by-side with one of the best-known DJs of that, and any, era. Two long-running periods of his music career that bestowed him with priceless experience as a selector. Playing weekly all over the world to varied crowds, on different soundsystems and audio setups means Darius has been able to refine his craft, acquiring way more than the 10,000 hours needed to reach an higher level of expertise. The result of this is an impeccable level of understanding when it comes to rocking the dance floor and connecting with the ravers.

Thanks to years of hard graft Darius now has a global following, with a substantial back catalogue of deadly productions and a consistently packed gig schedule. Alongside his exploits in the studio and on the road, he has also launched his own record label - Moxy Muzik, which hit the ground running in 2019. Encompassing his core ethos, the label and associated parties, distill club culture down to its essentials, that is: extended DJ sets in intimate club spaces, something which Darius feels current club culture is neglecting. With regular sold out Moxy Muzik events at 93 Feet East in London and South Nightclub in Manchester, Moxy Muzik is about simplicity, avoiding the trappings of today’s commercialised world of underground music and taking it back to the source. Club culture is built on diversity and the music taking priority over gimmicks, though somewhere along the line that ethos seems to have been forgotten. With Moxy Muzik, Darius Syrossian wants to bring back that original feeling. So far the label has featured an array of talent, representing all generations from contemporary acts to more established producers and those in the middle. Artists who’ve appeared on Moxy Muzik include Enzo Siragusa, Phil Weeks, Doc Martin, Ben Rau, East End Dubs, Man Power, Rich NXT, Christian Burkhardt, Tommy Vicari Jnr, Seb Zito and many more. Each artist selected for their unique style and energy, and not their social media following. Moxy Muzik has allowed Darius to fully express his vision of what clubs and raving should be about, from the varied styles of music on the label to the vibrant parties, each one a sell out.

In the studio Darius channels an intuitive understanding of the dancefloor into all of his productions. Over 20 years of gigs all over the world, preceded by several years as a fully fledged raver, mean that his approach to writing and arranging music in informed by a wealth of first-hand experience. His ability to create tracks that cause pandemonium on the dancefloor is instinctive, resulting in a plethora of releases on some of the most respected labels around. They include Get Physical, Drumcode, Hot Creations, 8Bit, Moon Harbour, We Are The Brave and the mighty Defected, with whom his ethos is strongly aligned. Both Darius and the iconic record label do it for the love of house, for the love of beats, for the love of dance… One look at his varied releases tells you this is an artist who is unconcerned with genre labels, a producer who’s as comfortable writing a trance-influenced techno banger as he is delivering classic vocal house. With autumn/winter releases 2019/20 on Drumcode and Solid Grooves, plus a series of old school reworks with iconic house labels in the pipeline - commencing with Robsoul - Darius continues to be one of the few acts to connect the old and new schools of electronic music, whilst staying on top of the pile.

On the decks Darius is versatile, professional and adept at to build a symbiotic relationship with the dancefloor faithful. Preferring to play a minimum of three hours, he dedicates a huge amount of time to preparing for his sets, ensuring that he does the very best job each and every time, with the aim of giving the raving faithful the same unforgettable moments he experienced himself in his early years. As a result he is constantly in demand, traveling across Europe and the rest of the world to perform at a long list of influential clubs and festivals. He is a regular every summer in Ibiza playing as resident for many years with Do Not Sleep which has most recently called Amnesia Ibiza its home, where he has appeared alongside Robert Hood aka Floorplan, Stacey Pullen, Charlotte De Witte, Cassy and DJ Sneak, through to Seb Zito, Alan Fitzpatrick, and Luigi Madonna. Darius has been a key member of the team since its infancy, helping to build it up to one of Ibiza’s most popular parties. Elsewhere on the island he has appeared at DC-10 for many years and was resident for Space Ibiza in 2016, playing 20 shows in 2016, during the iconic club’s epic final season., He has also held residencies at Privilege, Sankeys/Octan and has toured all corners of the globe playing iconic festivals and clubs such as Creamfields, Hideout Festival, Tomorrowland and Extrema (Belgium), DGTL Holland, New York’s Output, Halcyon in San Francisco, Hardpop, Mexico, Amnesia Milano. The list goes on.

Darius Syrossian is resolute in his commitment to keeping the soul of house music alive. Over 20 years deep and still as hungry, passionate and hard working as he was right at the start, this is his life’s mission and his philosophy is to guard the principles of house music, promising to give his all for every set he plays, welcoming all and sundry - as long as you promise to dance with him all night long...